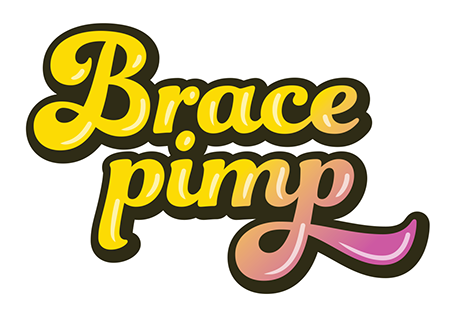 It all started back in 2015 when we customised an old pair of knee braces in our garage. We posted a few photos of our funky design on social media and were surprised by the reaction and requests we received.

We have now teamed up with Townsend Thuasne - manufacturers of the Rebel® ligament sports knee brace. These high performance medically proven knee braces are designed for users who have experienced ligament injuries and/or reconstructive knee surgery.

Featuring exclusive patented technology and built to CE certified standards using a unique fabrication method. This enables us to offer you a perfectly fitting knee brace that's individually made from three specific leg measurements (which you can easily take yourself).

So whether you're returning from an ACL injury or for prevention, you can trust BracePimp® to build you the ultimate custom made knee brace.

Kayla Carmichael
Sport – Roller Freestyle
Hometown – Bognor Regis, UK
Favourite Trick – Front Flip 180
"I completely tore my ACL and ruptured my MCL in 2017 which left me off my skates for a long time. I opted not to have surgery, just physio. When getting back to skating I’d worry I would injure myself again, but after wearing my Rebel Knee brace I’ve found the confidence to perform at my best and push my limits again."

Joey Haddad - Cardiff Devils (EIHL)
Sport – Ice Hockey
Position – Forward
Hometown – Sydney, Canada
"I injured my MCL during an international match in Sweden. I was given an extensive rehab programme from my strength & conditioning coach. However, if it wasn't for my Rebel custom-made knee brace I wouldn't have been able to accomplish my goals as fast as I did. The brace gives me the mental and physical security to return to top form."

Anne Haisch – Professional Downhill Racer
Sport – Downhill MTB
Hometown – Stuttgart, Germany
Favourite Race Track – UCI MTB Downhill World Cup Leogang
"I think a pair of Rebel custom-made Knee Braces is the way to prevent injury, no matter if you do have knee problems or just want to prevent further damage. With the ultimate knee protection they provide, I can improve my performance and feel safe whatever the riding conditions."

Ross Needham - Burton UK Rider
Sport – Snowboarding
Hometown – Tamworth, UK
Favourite Trick – Front Blunt
"I tore My ACL and MCL as well as damaging my meniscus in spring 2014. After having reconstructive surgery later that year my knee still felt vulnerable so I decided to try a knee brace. It took a couple of sessions to get used to at first but once I was used to it I totally forgot it was there. 3 years on and my knee is strong again but I still ride with the brace to prevent future injury to my knee but also as it just feels so natural to me now."

Emma Pickard - 4X UK Boat National Champion
Sport – Wakeboarding/Wakesurfing
Hometown – Ware, UK
Favourite Trick – Invert
"I've suffered with various knee injuries over the years and although I've tried to rest and recover, I still re-injured them and each time it's taken longer to heal. Due to the extremity of the sport I decided to invest in a pair of knee braces as I'd rather protect my knees against further injury, and avoid the need for surgery. I now wear my braces during every session and my confidence and ability to perform has improved greatly."

Rachida Aoulad – DC Snowboarding
Sport – Snowboarding
Hometown – The Hague, Netherlands
Favourite Trick – FS Nose Slide
"After taking a nasty fall back in April 2016, I ended up with Arthrofibrosis in my knee. Due to complications during surgery I was out of action for some time. Now after 18 months of recovery I'm finally back on my board and couldn't be happier! Although I still don't have my full range of motion back, a knee brace gives me the protection, support, and the mental push to keep riding to my full potential."

Rebel® knee braces are designed with superior materials, mechanics, and are built using patented technology for safety and performance to meet the uncompromising demands of professional athletes and weekend warriors, who settle for nothing less than the best protection, durability and comfort.

All our Rebel® custom made braces come with a Perfect Fit Guarantee and backed by a Lifetime Warranty.

The tibia section of the frame is contoured to match the anatomical shape of the shin controlling internal and external rotation, improving fit and reducing brace migration.

The proprietary synergistic suspension strap works brilliantly with the hinges and structural design of the Rebel ® knee brace. It utilizes the top of the calf muscle as an anatomical shelf, preventing the brace from slipping down the leg.

The Compression Suspension (C/S) are two innovative semi-rigid padded sub-shells strategically mounted into opposing sides of the thigh section of the brace. When the straps are tensioned the padded sub-shells compress to the leg eliminating any brace movement and improving comfort.